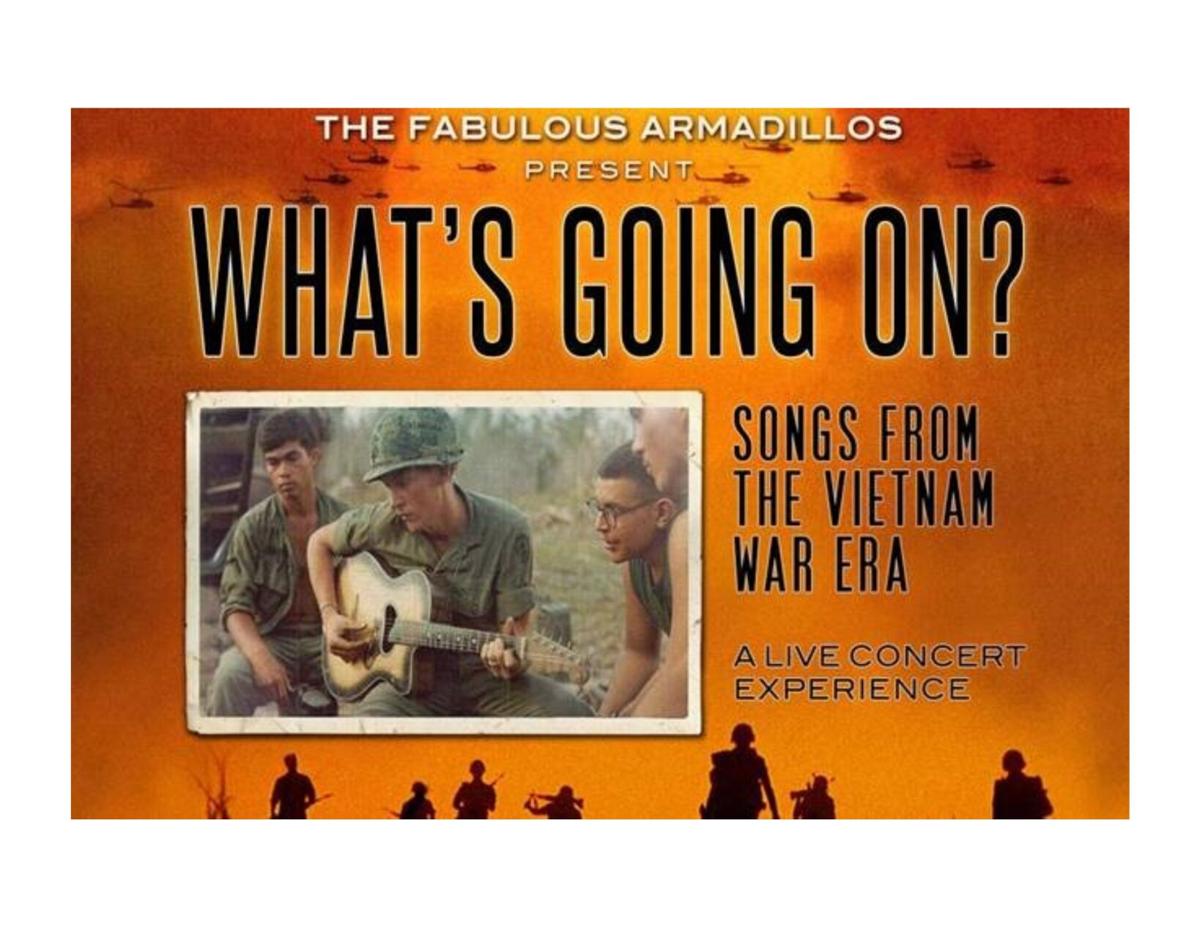 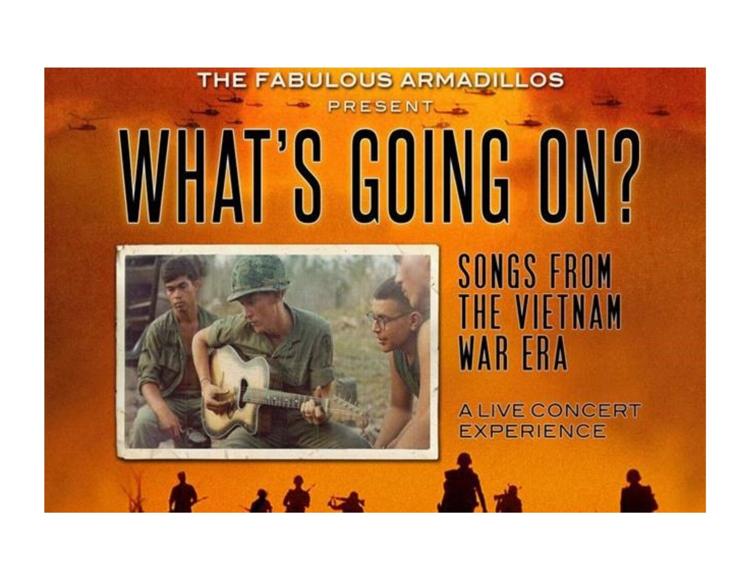 What's Going On: Songs from the Vietnam War Era Concert

presented by the Fabulous Armadillos

This is a must-see Fabulous Armadillos production!!

The revolutionary music of the 60’s and early 70’s served as a touchstone-to-home for the American troops of the Vietnam War. Everything from Rock, Pop, Blues, Soul, Psychedelic & Country became an escape from the high-tension, daily life of a soldier.

Join the FABULOUS ARMADILLOS and special guests as they present the contributions of Jimi Hendrix, Creedence Clearwater Revival, Santana, Janis Joplin, The Animals, Bob Dylan, Crosby Stills Nash & Young and many more who reflected this highly politicized era with their music.

"What’s Going On" is a moving concert experience that incorporates live music, live narration and video to provide the audience a multi-media deep dive into the 60’s and early 70’s and of course, the Vietnam War. Through song and imagery this concert examines the tumultuous time period but concludes on a note of hope and inspiration for a better tomorrow. As one Vietnam veteran narrates during the show, “When we think of our divisions today, they pale in comparison to how badly we were divided back then."

All proceeds will benefit the Flags of Honor Memorial Project in Willmar.  For more information visit https://www.facebook.com/WillmarFlagsofHonor/